What Is That in Your Hand?

If you had just 20 minutes to prepare a sermon, what would your topic be? That was my uncomfortable predicament while visiting friends in Auckland, New Zealand recently.

My friend Rob was scheduled to preach at a Filipino church that Sunday, and I was expecting just to sit in the front row and cheer him on. I knew he was dealing with some health issues, but I always thought he would rally in time to preach.

But in the 20 minutes it took for his wife to drive us to the church,…

Lay Down Your Anxiety

Let’s begin our exploration of our future at its most immediate location: Today.

My dad has a phrase I’ve used a lot in the past couple decades: “He’s the God of 11:59.” In other words, God intervenes in our lives when he’s supposed to, at our time of deepest need—not when we think he ought to show up, or when it would be easiest for us. Those who constantly take…

This weekend my precious daughter Abbie is getting married to a wonderful New Zealander named Hamish McKoy. As we prepare for the festivities on the outskirts of Wellington, I find myself reflecting on a lesson I learned from Abbie over two decades ago.

It was bedtime at the Buchan household, and I asked my two young daughters, “What do you want to pray before you go to bed, girls?”

Molly, seven years old at the time, prayed for the Dubles, some good…

When God Tells You to Shut Up & Listen

Would a loving God ever tell His people to “shut up and listen”? Well, that’s basically the meaning of a word that occurs 74 times in the Bible.

Although scholars aren’t certain the precise meaning of the word Selah, the best suggestions are “pause and think about it” or “stop and listen.” The Hebrew word is generally used in the context of songs or poetry, and it seems to denote a time to stop singing and let the words sink in.

Moses or Aaron -- Which Kind of Leader Are YOU?

Debunking 8 Myths About the Christian Life

While studying the origins of the Church at Philippi, I was startled to discover how the story contradicts many of our common misconceptions about the nature of the Christian life. The narrative in Acts 16 debunks at least 8 myths—and I bet you’ve believed some of these misconceptions yourself.

Luggage or Baggage -- Do You Know the Difference?

While preparing to fly to New Zealand next week, I've reflected on my visit last year to a local flea market in search of new luggage. Perhaps that sounds like an insignificant event, but it was an exhilarating experience for me. Why? Because new luggage was a declaration of my intention to go someplace!

You see, if you’re stuck and immobilized, there’s no need for luggage. The only reason you need luggage is if you have a vision…

Slowing Down from a Calling

I was suffering from what a minister-friend called, “intestinal uncertainty” but it was certain enough that I did what I almost never do – cancelled a nearby speaking engagement, and then cancelled an out-of-country trip. When I saw the doctor I told him, half in jest, “I need to retire one of these days” to which he replied, not in jest, “No, you don’t need to retire, but you do need to slow down.” Then he added a rather profound thought, “Knowing how much you travel and how many different…

When You DOUBT What You KNOW

Not long ago, one of my good friends rebuked me. Severely rebuked me. We were having a discussion about some issues in my life, and he asked me if I was trusting God.

After taking a moment to ponder whether I truly was trusting the Lord in this specific area of my life, I admitted to my friend that I didn’t really… 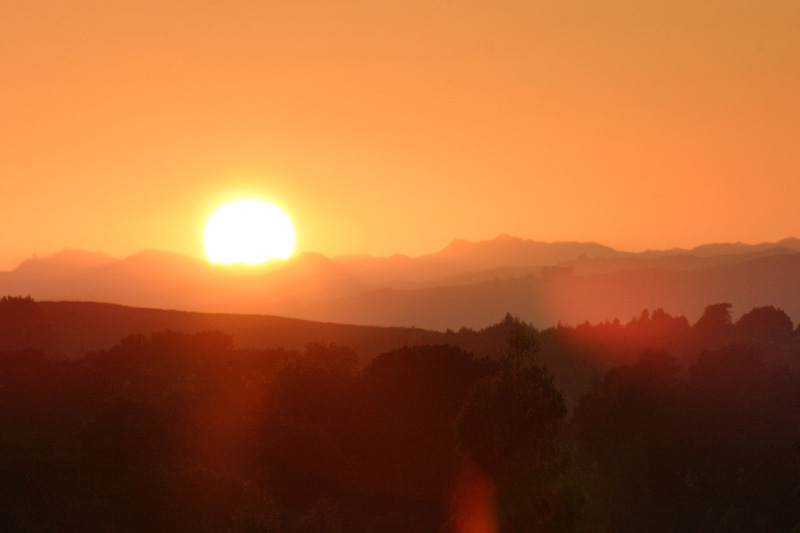 The Parable of the Too-Short Bed

I once inherited a bed that was too short. Ordinarily, it’s not a big problem if you have a short bed, because you can always dangle your feet over the edge. But this bed came with a troublesome railing that prevented me from exceeding its length.

So every night I huddled in an uncomfortable, contorted position, unable to fully stretch out or extend myself. This wasn’t quite a fetal position, but it had pretty much the same effect.

I wonder if I might be a few inches taller…

When Your First Options Hit a Dead End

Few things are as frustrating as hitting a dead end on some endeavor. This is especially true when you are well-intentioned and desirous of God’s will.

Yet this happens all the time. I don’t want to break your idealistic Christian bubble, but dead ends are sometimes part of God’s plan. Among other benefits, they teach us a lot about our character, as we either keep trusting the Lord or try to take matters into our own hands.

Abraham and Sarah hit a dead end in having a baby,…