Everyone's Dealing with Something

One of the unexpected revelations during my cancer and chemo journey last year was that everyone is dealing with something. If you’re facing a life-threatening foe like cancer, it’s easy to feel sorry for yourself and act as if you’re the only one having a rough time – but it turns out you’re not alone in your trials.

When I was first diagnosed with cancer, I was amazed by how many friends told me their own stories about facing that dreaded…

Clues to Your Escape Room Exit

If you’ve never been in an escape room, I recommend you try it sometime. Recently I had this fun experience with some family members during a holiday trip in Ohio.

In this popular new craze, a team of players is put into a room where they cooperatively discover clues, solve puzzles, and accomplish tasks in order to escape. There’s usually a one-hour time limit, and in our case we weren’t able to solve all the clues in this allotted time. My times are in your hands.

I am the Timeless God—holiness to cancel yesterday’s sins.

My grace transforms your…

The Unexpected Joys of Re-mission

Several weeks ago, my oncologist told me my cancer is in remission. Great news!

But then I realized I didn’t really know what “remission” means. While the dictionary says remission is “a temporary or permanent decrease or subsidence of manifestations of a disease,” I sensed there was a bigger and more profound message for me. Perhaps for you as well.

Yes, it’s certainly wonderful to gain remission from cancer. But I began to see that this is also an opportunity for something…

Intentional Grandparenting: What? Why? How? #4

Dear Grandparents who care deeply about the spiritual health of your grandchildren,

Christmas season is, for many grandparents, a mixture of joy, sadness, and stress. If you are experiencing the joy of good and healthy relationships with your grandkids (whether biological or temporarily “adopted”), our one word of encouragement is “Alleluia!”

But often we, at the same…

The Name Above All Names

You are to name him Jesus, for he will save his people from their sins.

Alexander conquered the world by force and was called great—

Jesus captures hearts from all nations by love and is called God.

In contrast to fleeting happiness, Immanuel…

What Are the Underlying Sins Behind Prejudice, Discrimination, and isms Like Racism, Sexism, and Chauvinism?

This Week’s Question: What are the underlying sins behind prejudice, discrimination, and isms like racism, sexism, and chauvinism?

Sin, in the Old Testament, was defined by the law (a series of dos and don’ts), and Israelites could not decide which rule, law, or command they adhered to. James reports, “For whoever shall keep the whole law, and yet stumble in one point, he is guilty of all (James 2:10).” Therefore, one had to follow God’s…

The Powerful Message of #12 in the Bible

When someone recently posted on Facebook that the final full moon of the decade would occur this year on December 12 (12/12) at preciously 12:12 a.m. Eastern Time, I found myself getting really excited. Wow, what a rare occurrence: 12.12.12.12.

My excitement had nothing to do with stargazing or astrology, but was simply because this unusual event reminded me of the amazing biblical significance of the number 12.

What Will be the Eternal Destiny of Those Who Actively or Tacitly Benefitted from America's Discrimination?

This Week’s Question: Since prejudice was systemically built into the moral fabric of America, do you think Americans who tacitly or actively profited from that model (past, present, and future), will be damned eternally?

There should be little disagreement between true Disciples of Christ that those who were, are, or will be controlled by prejudice, and therefore discriminates against his/her brother or sister will be damned eternally, if he/she does not… 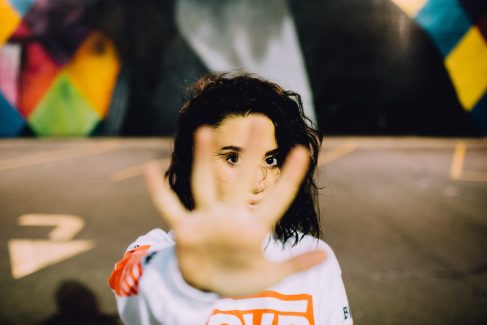 Lack of a reproducible… Recently I was trying to think through the most simple way to represent what happens in successful ministry. What is the fewest number of things that need to happen for the basic ministry process to be complete?

Here’s are the seven elements I have so far:

Does the Bible Refer to Prejudicial or Discriminatory Actions in Scriptures Other than James?

This Week’s Question: Does the Bible refer to prejudicial or discriminatory actions in Scriptures other than James? If so, where, and what is the context?

No other Biblical writer addresses prejudice or discrimination as comprehensively as James, but other books have nuggets to understand why prejudice and discrimination are anathema to God. Genesis 1:26a, and 27 are great verses for initiating this discussion, “Then God…

From a Biblical Perspective, What is Prejudice or Discrimination?

This Week’s Question: From a Biblical perspective, what is prejudice or discrimination?

James 2:1-9 is a great passage for answering this question because it uses four Greek words to define prejudice from God’s perspective. The dictionary definition is “a preconceived opinion that is not based on reason or actual experience.” Using this definition as a backdrop, James, in Verse 1, warns against showing partiality or having respect of…