Offense in the Church 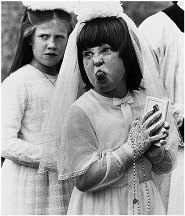 For the past 6 or 8 weeks, a number of us have felt an increased spiritual attack on the church. Over the years we’ve become more familiar with these attacks, and whenever this happens I always watch closely for the signs, the evidence, of what scheme the enemy may be employing to…

Are you the One in Ten?

Ever been at the end of your rope? Back against the wall, can’t see your way out, hope lost in a fog of circumstances? Can you think back to that time? Maybe you are in one of those seasons right now. Maybe you feel undone, unsure, and unable. We can all relate in some way to the ten lepers in Luke Ch 17. They too thought they were lost in a sea of hopelessness and… Continue

The Grass IS Greener, but does that mean you should be there?

In the history section of the Old Testament there is buried a literary gem called the book of Ruth. Long touted as a writing masterpiece, the book of Ruth includes all the makings of a great and timeless love story. You can read through it at lunch, but it can take a lifetime to grasp the depths of its lessons.

Most commonly, when reading the book, our…

Trouble-Makers in the Church

Often, our spiritual enemy capitalizes on people being disgruntled in the church. They may be upset about any number of things, but almost always, when someone begins causing conflict in the church, they are definitely disgruntled about something, although they seldom admit what they are truly upset about. Instead, they turn their anger on the church, and specifically on…

God Works Behind The Scenes

At the end of the Apostle Paul’s third missionary journey in Acts 21-23, Paul faces a very strange and difficult time. He had been told over and over “Do not go to Jerusalem” and since the moment he arrived, it has been a total train wreck. Paul first gave the Jerusalem church a large offering, but instead of appreciation they immediately started accusing him of wrong-doing. So Paul tries to make peace by joining a Jewish ritual, but a mob tries to kill him in the process, and the Roman…

One Nation Under God

April 19 1775, “the shot heard round the world" was fired and the fight for freedom in this country began. It was during this war that the Declaration of Independence was adopted by the Colonial Congress on July 4 1776, ultimately making the colonies of America “One Nation Under God.” So called, because this country's forefathers made the Bible the very center of their lives.

The great patriot Patrick Henry, who's famous "Give me liberty or give me death" speech was delivered in a… Continue