CHAT with Lewis Turner author of “31 Names of God”

CHAT with the Author

Your ministry focuses on training the Body of Christ in prayer. What scripture has God used to transform how you pray? 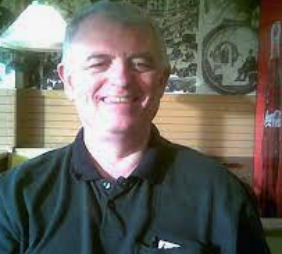 It is difficult to share just one verse that has transformed me in how I pray.  In making this study of the Names of God, I sensed the Lord leading me to learn about God, who He is, and about His character.  Two close friends whom I had the privilege of praying with them for a period of time, I shared my research with them.  They also share with me that they sensed God was leading me.  I appreciated that confirmation.  When I pray, there are two ways that I can pray.  I could pray out of my personal knowledge, or I could seek for knowledge that comes from God. I wanted to pray from the knowledge that God gives.  Taking time to learn what the Names of God mean, has been a help in my prayer life.  My research involved searching the scripture, learning about ancient Hebrew—the pictographic alphabet, and about the Hebrew language which is based on concrete concepts. I sought knowledge in applying what I learned. I sensed God helping me find a way to communicate the concrete concepts in a way that made sense in our abstract thoughts in the English language.  I asked God daily for wisdom in this pursuit. Christ instructed us in Matthew 7:8-9 (KJV) to ask of God.  Here is that scripture “8 For everyone that asketh receiveth; and he that seeketh findeth; and to him that knocketh it shall be opened.—I found myself asking God each day as I studied these names, seeking for wisdom as to what these names of God meant.  The Bible encourages us to do this in James 1:5 (CSB Bible) “Now if any of you lacks wisdom, he should ask God — who gives to all generously and ungrudgingly — and it will be given to him.”—When we seek wisdom in humility, the Bible gives us a wonderful promise in Psalm 25:9 (HCSB) “He leads the humble in what is right and teaches them His way.”  Also, God promises to instruct us in Psalms 32: 8 which in the NIV says “I will instruct you and teach you in the way you should go; I will counsel you with my loving eye on you”. This is a key verse showing that when we seek the Lord, He will guide us.  In coming to the Lord for his wisdom, I had to come in humility.  I should add that this study was not a quick study.  It took me 7 years to complete, and it was limited it to just 31 of the Names of God.  To study all the names of God in this manner, would take many years.

This pattern of humbly coming before the Lord for wisdom, has helped me in my prayer life.  When we come humbly to the Lord, we are seeking His thoughts and direction.  When I pray, I want to know what God wants and let scripture guide my prayers. 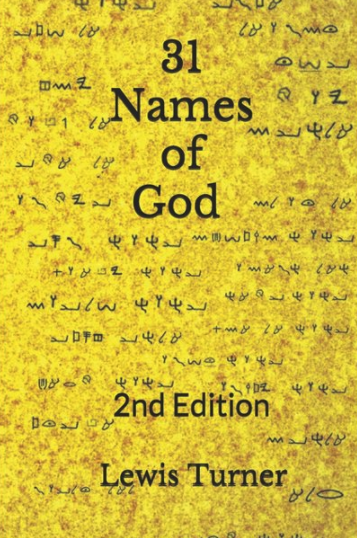 Though I have never been on an Archeological dig, a personal friend of mine, the founding pastor of my church has been on a number of digs in Israel.  He has shared with us about the Archeological finds.  Today, he is the dean of Archeology at Trinity Southwest University in Albuquerque, New Mexico.

As time went on and reading about findings in Archeology, particularly in the area of Israel, I noticed the early alphabet of Hebrew was in the form of Pictographs.  This caught my attention.  With the help of the internet connecting me with the work of others who are involved in Archeology, and researching what Archeologists had found, I found some published work by others who made an effort to develop the meanings of the pictographs used in Ancient Hebrew.  Some of this work was actually published in books which were also a help to me in my research.  When pictures are used in some ancient languages to form a letter, they depict a meaning.  This led me to an effort to pull what others have written about the letter meanings together.  Sometimes the interpretations of a pictographs differed significantly among colleagues of Archeologists and reseachers.  So which meaning is correct?  That took research, comparing it’s use in God’s word and prayer.  This effort helped to pull these meanings together, and eventually led me to examine the discipline called etymology—or the study of the root of words.  Only a few people have attempted that discipline applying the letter meanings of the pictographs of ancient Hebrew. It was a challenge that I decided try.  This effort took me through a study of the use of the Hebrew letters in the Old Testament.  I used Psalms 119 to help that study.  I also found that some of the letters were explained in the New Testament.  For example-let’s look at the Hebrew letter ‘Dalet’.  The pictographic representation of Dalet is that of a tent door.  In the New Testament, Christ said ‘I am the door’. John 10:9.  I also found other connections of other letters with what is written in the New Testament and the Hebrew letter meanings.  Seeing these connections, they showed that what was written in the Old Testament was connected with what was written in the New Testament.  It was a wonderful reassurance to me when I saw that connection.

After making those connections, I attempted to use the discipline of etymology and examine the names of God.  Through more research that included a search of the scriptures, prayer, and a review of archeological findings, I examined 31 names of God, which are in my book.  I shared what I learned from the culture, and what I found that the meaning of the letters conveyed used in spelling a name of God.  What I found reinforced much of what we have learned through Biblical study about the names of God, and that many of the names of God point to the work of Jesus on the Cross of Calvary and His resurrection to life.

4.How does the ancient Hebrew language differ from our current version of English and what doors opened to you when you understood those distinctions?

The language of Hebrew explains concepts in concrete terms, whereas English uses abstract terms.  Taking time to relate the concrete terms to our English language took significant effort to share them in a way that can be understood in English.  This effort involved examining the meaning of letters used in spelling a word.  This examination went beyond just translating a word.  It examined concepts contained in the meaning of the Hebrew letters used in spelling to help understand what the word or name was conveying to us.  One example of this, the letter ‘Hey’ in Paleo Hebrew looks like this:      It is like a man raising his arms telling people ‘I want you to know this’.  Incidentally, the word Hey today is used to get your attention.  It may have come from Hebrew.  The meaning of Hey adds some interesting meaning to a word where it is used—that meaning is: ‘here something is for us to know’.  Other letters in Hebrew convey different meanings and help us to better understand the thoughts behind the word.

That has been my approach.  It is interesting that on comparing what I was finding and checking my work by consulting with another researcher who has studied ancient Hebrew for over 20 years, that our final conclusions were reasonably close to each other.

What this study did for me was to open my heart that God wants us to know about Him and what Jesus did on the Cross of Calvary.  It also opened my heart to what family means to God.

It is my prayer that this work will similarly encourage all who take the time to study it, and that it will help them grow in their relationship with God.

5. How will studying meditating on, and praying the names of God equip Christ-serving leaders #reimagine how they model prayer in their ministry? 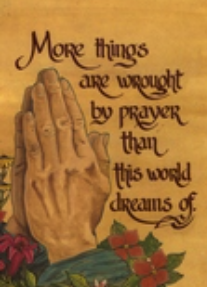 We are instructed in the Bible to focus on God’s Name by remembering it, and thinking on the Name of God.  Two scriptures come to mind: