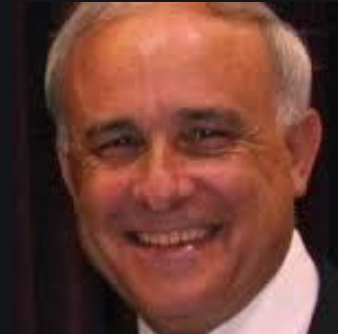 Why is it important for Christian leaders to begin a journey of rethinking ministry in your focus-area? ===> Before I wrote my first book, Neighborhood Initiative and the Love of God, I put together a little neighboring handbook entitled Developing a Neighborhood Ministry. The subtitle was The Church’s New Frontier. A pastor friend of mine said to me, after looking at the booklet cover, “This is not the Church’s new frontier.” We responded to one another with a smile, because we both new that neighboring is what the Lord instructed His 12 disciples to do in Matthew 10 and the 70 to do in Luke 10 when He sent them out. He told them to go from house to house and search for a worthy person or a person of peace. Once they found one, they were to stay with that person and invest in their lives. The home was central to the advance of the Lord’s kingdom. The Church needs to move back to what Jesus instructed His early disciples to do. Because our church buildings are the center for ministry rather than our homes, we have lost sight of our mission in the world. Michael Green in his book Evangelism and the Early Church said, “Christians missionaries made a deliberate point of gaining whatever households they could as lighthouses, so to speak, from which the gospel could illuminate the surrounding darkness.” With this home-centered focus, the Early Church grew exponentially. The church today has moved away from this and the growth of the Lord’s kingdom has suffered. When those in your congregation begin to realize that their homes are the center for ministry and your role as their pastor is to equip them so they will love their neighbors as themselves, then you will find that they will begin live their lives like Jesus did by becoming incarnational. That is, living out the kind of life Jesus did when He was here on earth.


Why will a "reimagine journey" be difficult and potentially dangerous to the status quo?

===> You as a pastor are going to find that introducing your people to neighboring, that is loving their actual neighbors, will become one the more challenging things in ministry. Over the last twelve years, I have spent a great deal of time working with pastors who believe that neighboring is what the Lord wants for their church, but many have shared their struggles in moving it forward in their congregations. I have found that neighboring runs contrary to the way churches run today for the most part. The last conversation I had with Dallas Willard at his home was quite significant. As I was walking out the door with my wife, he stopped me and said, “It’s our only answer.” I asked, “What’s that, Dallas?” He said, “Neighborhood Initiative.” I said to him, “It isn’t easy.” It isn’t easy because churches today, for the most part, are all about growing numbers in a building rather than making disciples where God has placed us in our neighborhoods, where we work, and so forth. As Jesus said in Matthew 28:19, As you go make disciples—this has become foreign to the Church today. It is easier to show up on Sunday and resort to our regular lifestyle the rest of the week. One woman came up to me once and said, “I know what you are up to, you’re up to 24/7. She clarified what she meant by 24/7, “We can go on a short-term mission trip, but when we return we can live our regular lives.” She was right, but this is what Jesus is up to. He wants our lives to be available to our neighbors when we are called on by our heavenly Father. Without question, these last 12 years have been by far the most fulfilling years of my life in ministry, but I have encountered many difficulties, disappointments, and heartaches. However, I am committed to persevering, because I know that this is what the Lord is up to in our day to advance His kingdom.

Agree/Disagree ~ We live in an extraordinary world:  Globalization. Immigration. #BlackLivesMatter. Gender reclassification. Marriage Redefined.. #MeToo. The rise of White Supremacy. Terrorism. Unpredictable Weather. The impact of the Industrial Revolution gives way to the Technological Age.  . . . This is a time of epic change that requires the Church to rethink how we apply biblical truth to the traditions-programs-models-systems that format everything we do.


===> Agree. We all don’t like change, pastors included, but when God introduces new wine to His Church, because of things that our happening on the world scene it is time for us to adapt to what He is initiating. One of the things, I believe, He is introducing is the neighboring movement. What I see with this movement, which is not so with the church model we are more familiar with today, is that it is pliable like a new wineskin and can adapt to the drastic changes in our present culture. We see how a home-centered church can acclimate and stand strong in such places as China, Nepal, and Iran. The question we must ask ourselves, how would the American church stand up if it had to go through what our brothers and sisters are going through in these countries? The church is thriving there. We must not be naïve about the future of our country. We may not be prepared for something that may strike at the heart of where the church is vulnerable here in the U.S. and that is we depend and rely entirely too much on our buildings and our pastors, which could very well be our Achilles heel. All you have to do is contrast how the church in China held up under persecution verses the church in Russia. Like the Early Church, the Chinese church is thriving under persecution, because the home is central and they are multiplying leadership. Whereas, the church in Russia was devastated by persecution, because there was too much dependence on the pastor/minister and the building. Leaders in the church today must prepare for persecution, which may very well be eminent. We must emphasize the centrality of the home for ministry and multiplying disciples who will carry on the Lord’s work. I don’t mean to say that pastors aren’t important, because they are. However, they need to encourage their people to take their eyes off them and make discipleship to Jesus central. If you as a pastor are not doing this, your people will not hold up as winds of change are sweeping through our land.

What does it actually mean to "reimagine?" Please unpack the word as you understand it and the components of a reimagining process.

===> Reimagine is to form a new conception of something. It often takes a paradigm shift. We can see something one way and be stuck in that perspective or position for years. However, one day the Lord opens our eyes to a new way of seeing something. He may bring this switch about by reading something in the Scriptures, someone’s teaching, a book, a conversation with a friend, a thought, or the Lord might speak directly to one’s spirit. For example, I always knew there was something missing in the church, so I read every book I could on the church to find out what it was. I was never satisfied with what I read till I realized that all the law is fulfilled in this one thing, “Love your neighbor as yourself” (Galatians 5:14). This missing ingredient was so obvious for those who could see, but I couldn’t see it. As a pastor, I always felt removed from the outside world. My circle of friends became almost entirely Christians. I knew that this was wrong, because Jesus taught us to be in the world, but not of it. However, when I began to focus on loving my actual neighbors there was a shift. I no longer felt removed, but I began to experience life as the Lord intended it with people outside the church. I broke out of the mold of sitting in my office daily and only gathering with Christians. I literally had to say no to good Christian activities in the church, so I could spend more time with people outside the church. We as pastors need to create margin in our busy lives so that we can love our actual neighbors. I remember when a pastor friend of mine, who was quite “successful,” told me, after attending a neighboring seminar, that the Lord spoke to him and asked, “So how many neighbors do you know?” The question brought such conviction that he concluded that he was in rebellion to the Lord’s greatest commandment. I don’t believe he is alone. I believe many pastors need to form a  new conception about the Lord’s greatest commandment.

Free subscription to The #ReimagineFORUM Bulletin