I could have saved Myself a lot of trouble, if I had stayed by My Father’s side;
instead, I made Myself nothing, donned the garb of a slave,
and died a criminal’s death on a Roman cross.
Skull Hill was a long way from glory.
I went to hell so you would not have to.
I…

Sometimes I am easily amused, like sitting in a coffee shop, reading T-shirts, while waiting on an appointment with a friend. On a recent day the back of a nearby t-shirt read, “Together is better,” which was a good thought. Then I noticed a scripture reference underneath, Ecclesiastes 4:9, which reads, “Two are better than one.” As I was able to pick up bits and pieces of the conversation, I realized that the one in the t-shirt was offering spiritual counsel with the other person at the… I lovingly embrace you and faithfully carry you close to My heart. What difference does it really make? All the difference in the world! When you follow Me as your Shepherd, I take good care of you.

Hungry? I alone can satisfy your heart’s deepest hunger. Like a sheep after a… My GOD, my God, why have You forsaken me?

Why are You so far from helping me, and from the words of my groaning?

Tired of Living on the Fringe?

People battling illness or other serious trials often turn to the book of Job looking for some kind of explanation for what’s happening to them. Although it’s unlikely our situation is even a fraction of the horrendous things Job endured, he becomes our model nevertheless.

If you remember the story, Job’s friends were convinced his suffering was God’s judgment on hidden sin in his life. They were sincere and passionate in their theology, yet they were totally misguided in applying… 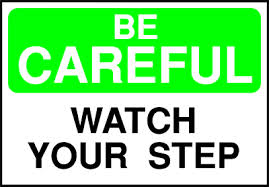 She played fast and loose with life, she never considered tomorrow,

and now she’s crashed royally, with no one to hold her hand.

“Look at my pain, O God! And how the enemy cruelly struts.”…