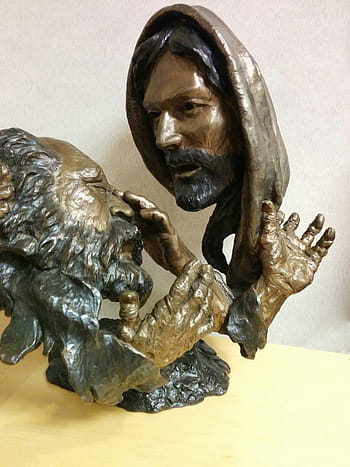 There was always great excitement in those early meetings of the church in Jerusalem. The opposition mounted by the leaders of our people and even Roman authorities added to the thrill of gathering in the name of Jesus. Some of us met every day of the week. Our largest gatherings were on Sundays because we did not have to compete with the Sabbath services led by the priests, although many of us still preferred our Sabbath traditions. People began gathering in the outer courts of the temple at daylight. Many slaves and laborers had to work on Sunday and every other day as well. We began the day singing psalms and new hymns that were being written. We worshipped and encouraged one another for hours before the Apostles addressed the entire fellowship. On one particular Sunday, Peter stood as usual, and we all became as quiet as possible to hear what he would say.

He began, “My brothers and sisters, today I want to tell you about something Jesus did here in Jerusalem. We passed a beggar at the edge of a market who had been blind from birth. We asked Jesus, ‘Rabbi, who sinned, this man or his parents that he was born blind?’ Jesus said, ‘It was not because this man sinned or because of anything his parents did. This happened so that the work of God might be revealed in his life.’

“Through the blind man Jesus gave us a parable. ‘While I am in the world,’ He said, ‘I am the light of the world.’ And He spat on the ground and made clay. He took the clay and anointed the man’s eyes, and told him to go wash in the Pool of Siloam where his eyes were opened. Jesus was showing us that His presence would open our eyes to the things of God even in the ordinary dirt of this world.

“We have something exciting to share with you today,” Peter said, “That man, who has not lived in the city for a while, has returned to visit his parents who often worship here with us. He came this week to visit an Apostle that he knew well. And he has agreed to speak to you this morning.” Peter then turned and welcomed a man onto the platform. All the people crowded nearer not expecting his voice to be as strong as Peter’s. His voice was not loud, but he had an anointing of the Holy Spirit similar to Peter’s, and the sound of his words carried to the far reaches of the crowd.

“My name is Liscus. Greetings in the blessed name of our Lord Jesus the Christ.” Liscus had said no more than this when the entire church began to sing.

Praise the Lord, O my soul!

I will praise the Lord as long as I live;

I will sing praises to my God while I have my being.”

When we came to the words,

“The Lord opens the eyes of the blind,”

some of the ladies sang a high counterpoint to the men’s lower notes. Tears were spilling from the eyes of Liscus as the psalm concluded,

“Our Lord will reign for ever,

His Father to all generations.

When the congregation became silent again Liscus said “I am always thrilled to praise our Lord for all His wonderful works. One of my first vivid memories is of falling on my knees before Him.

“Our dear brother Peter was right when he said that everything that happened to me came about to reveal God’s works. However, I do not have many clear memories from the years before Jesus opened my eyes. I do remember the pain of occasionally being shoved or falling. And I remember an unnamed fear that often came over me. My clearest memories were of words and sounds that I heard. I remember my father reading the Torah on the Sabbath. I remember my mother singing over me at night. And I remember hearing the Rabbis teach when they didn't know I had snuck into the temple. But no memory is as bright in my mind as everything that has happened after Jesus came along. I remember hearing Him talk about me to His disciples even before He opened my eyes. And I remember his gentle touch as He put His hand on my shoulder and told me he was going to anoint my eyes with clay.

“When I came back from the pool where he had sent me with my eyes open, those who had seen me begging were stunned. Some of them began to say, ‘Isn’t this the blind man who sat here begging?’ Others said, ‘It can’t be him, but he certainly looks like him.’ But I kept insisting, ‘I am the same man.’

“After I had convinced them, they took me to see the Pharisees in the yeshiva school at the temple. I don’t suppose I need to tell you that was a little frightening. They made me tell them every detail of my healing. The most outspoken of them were aghast that Jesus healed me on a Sabbath as if my healing was not an appropriate expression of worship. They said, ‘This Jesus cannot be from God. He does not keep the Sabbath.’ But others asked how a sinner could give us such signs?’ Some of the Pharisees asked what I thought about him. ‘After all,’ they said, ‘he opened your eyes.’

“‘He is a prophet.’ I answered. I didn’t know what else to call him at that time, but I knew He had to have come from God. Most of the Pharisees did not believe I had been blind until they questioned my parents. Of course, the Pharisees completely intimidated them. They brought them up and they stood them beside me at the front of the hall and demanded, ‘Is this your son whom you say was born blind. How is it that he can now see?’ What could my parents say? I had told them that Jesus healed me. But the Pharisees had made it clear that anyone who confessed that Jesus was the Messiah should be put out of the synagogues. That would have been serious in Galilee or even Alexandria. But if you were cast out of a synagogue away from Jerusalem, you could probably still sneak into the temple on holy days. Being put out here meant you were no longer considered to be an Israelite.

They said, ‘We know that this is our son. And we know he was born blind. But we don’t know how he received his sight or who healed him. Ask him. He is of age. He can speak for himself.’ I had not left the temple when the Pharisees caught up with me again. They said, ‘Give glory to God. We know this man is a sinner.’ I answered, ‘I don’t know what kind of man he is, but I do know I was blind and now see.’

“They asked me to tell them again how Jesus had opened my eyes. I said, ‘I already told you, and you wouldn’t listen. Why do you want to hear it again? Do you want to become disciples of Jesus too?’ This enraged them. ‘You are his disciple. We are disciples of Moses. We know God spoke through Moses. We don’t even know where this fellow comes from.’

“By this time I was exasperated. I said, ‘This is amazing! You don’t know where this man comes from, and yet he opened my eyes. It has never been heard of that anyone opened the eyes of one who was born blind. How could he have done that if he were not from God?’ That was too much for them. They said, ‘You were born altogether in sin. And you dare to lecture us!” And they put me out permanently.

“Jesus had evidently heard that they had cast me out. He found me and asked if I believed in the Son of Man. I said, ‘Tell me who he is sir so I can believe in him.’ He said, ‘He is talking to you right now.’ I fell to my knees and worshipped Him. I continue to worship Him to this day.”

As the man stepped down we began to sing again. Before we had sung very long, John, one of the Apostles, stood up and motioned for our attention. When we had quieted down he said, “Jesus said some other things regarding this great sign that I think I should tell you. After Jesus told Liscus who He was, He said, ‘For judgment I have come into this world, that those who are blind may see, and that those who see may become blind.’ You need to know that our hearts are blind to the things of God. We can only see as Jesus opens the eyes of our hearts.

“Some of the Pharisees heard Jesus say this. They asked, ‘Are you saying we are blind?’

“Jesus said, ‘If you were blind you would not need to be forgiven for not seeing, but since you insist that you can see, your sin remains.’

“Earlier Jesus had said, ‘We must do the works of Him who sent me while it is day. Night is coming when no one can work.’ We join Jesus in doing the works of His Father. He sent Liscus to wash in the pool of Siloam. In Hebrew Siloam means “sent.” We are sent to the ends of the earth with the good news of Jesus. God did not send His Son into the world to condemn the world but that the world might me saved through Him.

This story was conceived from the events recorded in John Chapter 9.

Father, open our eyes that we may see your works and believe with all our hearts in you.