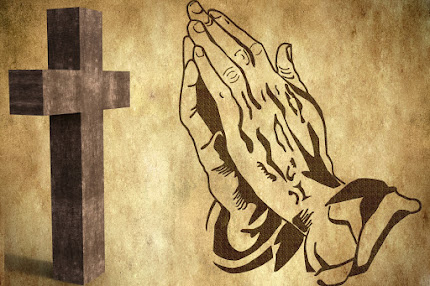 We came away from our study with Miriam stunned. For months several of us had been gathering at her home for study. Each week she would talk about something Jesus said. One of us might be puzzling over something Peter or one of the other apostles said about Jesus at the temple where the church was meeting. She explained and helped us see Him like we never had before. We always came away loving Jesus more than we could ever have imagined. We thought she must have been a lady of wonderful upbringing. I assumed she understood that God was our Father because she had such a wonderful earthly father. But this afternoon she told us about how she first came to know Jesus. We were all shocked at what she told us about her life.

She said she had grown up in the home of a strict Pharisee who never showed her any kindness. She was hardly more than a child when he gave her in marriage to an older man who treated her harshly. They had not been married long when he began to be unfaithful. He would be away from home for weeks at a time. She often did not have enough money to maintain the household. Then he would return with his clothes smelling of wine and perfume.

During this time a young Pharisee befriended her. When he discovered that she did not have enough money to buy food he helped her. He began to see her everyday. He told her he was not married and that in the eyes of God she was not really married either because her husband was unfaithful. He continued to see her some even when her husband was not away. He convinced her that he would take her away from her husband and care properly for her.

He came to her home one day when her husband had beaten her. He spoke softly and comforted her. He carried her to her bed and began to treat her wounds. She told him about all the injustices her husband had foisted upon her. And they wound up in her bed. Suddenly a group of Pharisees burst into the room shouting and calling her a wicked woman. The man she had trusted joined the others in accusing her. She was hardly able to grab a covering for her body before they dragged her out into the street. They brought her to the temple courts where Jesus was teaching.

Standing her before Jesus they said, “This woman was caught in the very act of adultery. Moses in the Law commanded us to stone such women. What do you say?” Instead of answering them, Jesus squatted down and began to write in the dirt. For some time they kept demanding that He answer them.

Mariam told us, “Jesus stood up again and said, ‘Let the one among you who is without sin cast the first stone.’” She said, “I was terrified that I was going to be stoned to death right there on the temple grounds. Jesus then stooped back down and wrote in the dirt again. Then one of the older men who had dragged me from my house turned and walked away. Another left, and another. When Jesus stood back up all of them were gone.”

We were all silent as Miriam looked around the room at us. “Jesus asked me, ‘Is no one left to condemn you?’” Tears were running down all of our cheeks when she told us her answer. ‘No one, Lord.’ Jesus said, ‘Neither do I condemn you. Go and sin no more.’”

After I had caught my breath I asked, “What did Jesus write in the dirt?”

“I don’t know,” she said. “I was too upset to read. I don’t think I even looked.” And she explained. “Of course, I do not know much about it. But later that day I was listening to His teaching and He told the crowd, ‘I am from above. You are from below, from this world.’ I immediately thought His stooping down to write. I thought then that Jesus had been demonstrating that He had to come down to our level to communicate with us. But that cannot be all He was saying.”

When she thought we had begun to understand Miriam continued, “One of the first things Jesus said to the crowd after saving me from the stoning was, ‘I am the light of the world. Whoever follows me will not walk in darkness but will have the light of life.’ I determined right then that I would follow Him wherever He was teaching.”

One of us said, “I wonder what made those self righteous Pharisees leave.”

Miriam answered, “They must have become aware of the absolute holiness of Jesus. No one could pretend to be righteous for long in His presence. Least of all me. I was overwhelmed by His holiness. It was very hard for me to hear Jesus say, ‘Go and sin no more.’ I knew that was impossible. I had been  thinking of all the sin that I had been pushed into by my father, my husband, and my hard life. But as I stood in His presence I knew that the problem was in my heart. That was almost enough to make me run for my life. But I didn’t think I could run far enough to get away from the guilt I felt before Him. I needed forgiveness. I stayed to hear whatever Jesus had to say.

He addressed those of us who believed. “If you continue in my word, you will truly be my disciples, and you will know the truth. And the truth will make you free.” Some of the people in the crowd complained that they were not slaves to anyone. Jesus explained that anyone who sinned became the slave of sin. That was my trouble. I was a slave to my sin. And I began trying to memorize as many things that Jesus said as I could.”

One of the girls asked, “Is that different now that the Spirit has come?” The church in Jerusalem was started as the Holy Spirit miraculously came to rest on those of us who followed Jesus.

Miriam said, “No not really. The Spirit does many things in us. But the main thing He does is explain to us what Jesus has said. The Spirit always makes us love Jesus more and more. Some of you have said coming to listen to me makes you love Him. That is not my doing. It is the work of the Holy Spirit in us when we gather here.”

This story is taken from the 8th chapter of The Gospel of John.

Lord Jesus, we tremble in your holiness.

Help us saturate our lives in the love and power of Your words.

As I often do, I shared on social media...